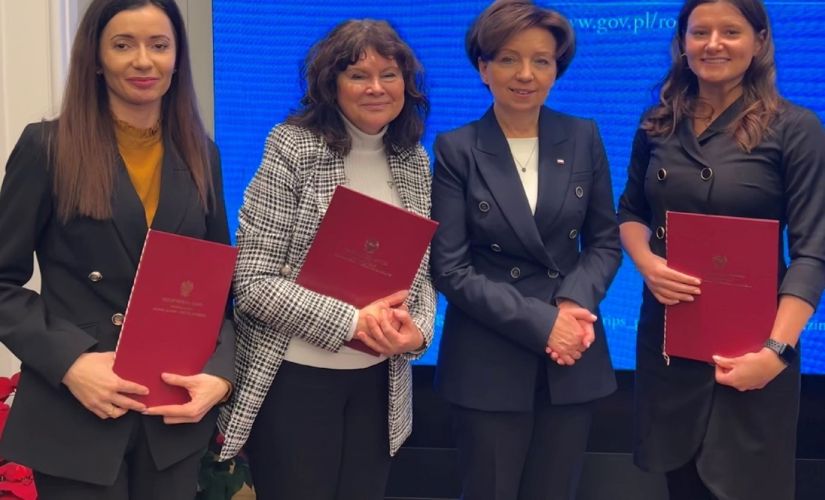 Conditions. The fact that a total of 57 entries had been submitted in the 48th edition of the competition makes the recognition of the long-standing cooperation between the two institutions all the more satisfying. The award winning competition entry is described by its title: Software application to facilitate selection of respiratory protective equipment to effectively protect the respiratory system against job-related bioaerosol exposure.  The award ceremony was held at the Ministry of Family and Social Policy, with Minister Marlena Maląg and Deputy Minister Paweł Wdówik presenting the awards.

The award-winning research resulted in a new app called Time4Mask, available for iOS and Android mobile systems. The app is geared towards people working in adverse conditions, e.g., in cattle farming, sewage treatment, and waste sorting. Manufacturers and distributors of respiratory protective equipment may also find the app useful in advising their customers on selecting appropriate respiratory protective equipment (RPE), as may occupational health and safety enforcement agencies.

The development of the Time4Mask application was preceded by extensive environmental studies, including analyses of microbial growth in filtering respiratory protective equipment at various workplaces. A wide range of environmental variables were factored in, e.g., temperature, humidity, air velocity, dust concentration and cytotoxicity, airborne bacterial and fungal biodiversity, as well as the type and concentration of metabolites.

Based on the studies, 15 algorithms were developed to help select the most effective respiratory protective equipment variant and establish the duration of its safe use under any given working conditions. Time4Mask monitors the time and signals to the user at least 15 minutes before the end of the effective protection time that they need to replace their equipment with a new piece.

Due to being available for download from the CIOP-PIB account as well as from the App Store and Google Play store, the app can be used free of charge by all those wishing to take advantage of the functionalities it provides.