There are over 60 student research groups at Lodz University of Technology. These are perfect places for those who want to actively participate in the life of the university, launch projects, broaden their knowledge and skills and share the results of their work and research with other science enthusiasts at scientific conferences and scientific international events.


The most outstanding and internationally successful teams are: 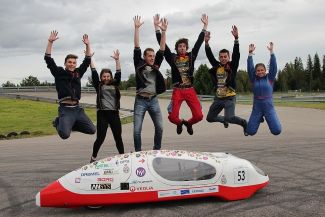 The Iron Warriors Team and the vehicle they constructed is a Polish record holder in driving on a "droplet of fuel": the Eco Arrow 2 vehicle traveled 837 km on 1 liter of fuel. The team is working on a new version of the vehicle that will exceed the 1,000 km limit. 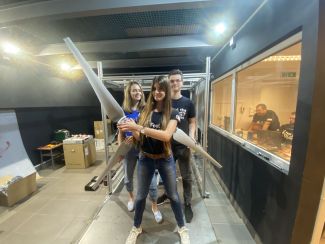 GUST (Generative Urban Small Turbine) is a project implemented as part of the Student Research Group of Power Engineers on which students from various fields and faculties work. The main goal of the project is to construct and improve a prototype of a household wind turbine to maximize the effects of obtaining electricity for utility purposes. The team is constantly working on implementing new solutions.

The GUST project has been taking part in the International Small Wind Turbine Contest in the Netherlands for 5 years, competing with teams from all over the world. In 2016-2018, the team got first place three times in a row, and third in 2019. 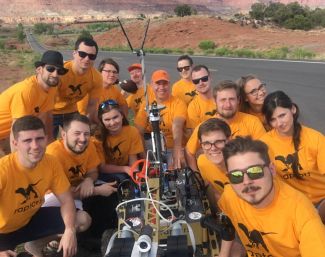 The Students' Robotics Research Group SKaNeR operates at the Faculty of Electrical, Electronic, Computer and Control Engineering, and it gathers students who pursue their passions in various sections.

The Raptors section is made up of students from four faculties. They were united by the idea of designing and building a Mars rover, which has been successfully taking part in the largest international competition of mobile robots for years, including the European Rover Challenge, the University Rover Challenge, the World Robot Summit, the ERL Emergency Robots and Mohamed Bin Zayed International Robotics Challenge.

TTN-TUL is an initiative aimed at popularizing the Internet of Things (IoT), LoRa technology and TheThingsNetwork (TTN) infrastructure. As part of its activity, there are many projects focusing on individual parts of IoT solutions, ranging from designing electronic modules, through the development and implementation of web applications for data processing and presentation, to the development of IoT infrastructure in Lodz.

R4H – Robots for Humans – is a section of the SKaNeR research group that enables students to work on projects that can help people. One of them is a device for rehabilitating hands and testing their efficiency on patients after stroke. Members of the student research group also conduct research in the field of mechanomyographic measurements, which will allow to develop skills in signal processing.

The members of the SKaNeR are the organizers of the National Sumo Challenge Robot Competition held since 2008. The event, in which several hundred robots from all over Poland and abroad take part, has a unique character and attracts a large audience every year, where anybody, even laymen in the field of robotics, in addition to observing the struggle of the best robots, have the opportunity to programme and build robots themselves. 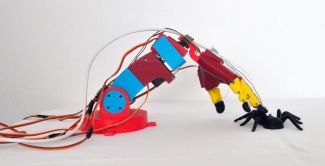 UbiCOMP is an interdisciplinary research group exploring how emerging interactive technologies can benefit the way people cope with information systems in their daily lives.

Our research focus is set on the following fields: 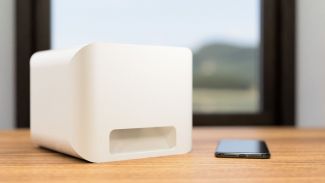 Research activities of UbiCOMP are focused on designing, constructing and testing interactive technologies which support the users both in everyday and professional contexts. We established multiple projects concerning designing for sports, stimulating learning processes, exploring eyes-free control interfaces, implementing new visualisation systems for industrial applications, and many more. We combine engineering expertise with insights in humanities to deeply investigate users and how they experience the technology. Currently UbiCOMP is planning to launch new projects with the use of Virtual Reality.

Over the past few years the UbiCOMP research group collaborated with numerous esteemed universities, such as:

Members of the club have had a chance to take part in international exchange programs, conferences held around the world, and internships. 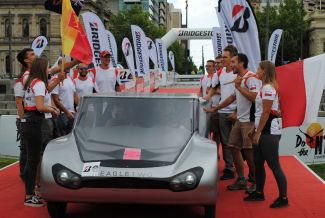 Lodz Solar Team is an interdisciplinary research project that has created the first and only series of solar electric cars in Poland - EAGLE. Lodz students have repeatedly represented Poland worldwide, taking part in international conferences and the most prestigious solar car races. The team made its debut in 2015 during the solar car world championship held in Australia - Bridgestone World Solar Challenge. There, the first Polish solar car Eagle One won the Safety Award for the safest design, and in the general classification of the race took 7th place. Lodz Solar Team with its first car also participated in Sasol Solar Challenge 2016 in South Africa winning as many as 5 awards. The team devoted the following years to further development of ecotechnology, resulting in the creation of Poland's second solar-powered electric car, the Eagle Two. This car participated in as many as three races - twice at the Bridgestone World Solar Challenge Championship in 2017 and 2019, as well as at the iLumen European Solar Challenge 2018 in Belgium, where the team won the title of European Champion.