Lodz – in the Heart of Poland

Lodz offers numerous education opportunities to young people who may study at 23 university level schools. Lodz is a major academic centre – the fourth in Poland in terms of the number of university level schools and the sixth in terms of the number of students. Every year, thousands of secondary school graduates come to Lodz to study at one of the six public or sixteen private universities. Lodz academic facilities offer great development opportunities for representatives of the humanities, sciences and arts.

The number of students enrolled in both public and non-public higher education institutions was over 80 thousand.

Most of the universities are situated in the city centre, which enhances the student experience. With a diversified educational offer, Lodz renowned higher education institutions provide a variety of academic courses. The main institutions offering courses in a wide range of academic fields include:

Lodz is a major tourist and cultural centre which is now increasingly seen as a city of unique industrial history, with past industrialists' monuments attracting tourists from Poland and all over the world. The city's thematic tourist routes exploring industrial architecture, Piotrkowska Street (main street), as well as historic residences and palaces of Lodz are designed to reflect the character of the city. One of Lodz tourist attractions is the abundance of residences and palaces. There are over 200 of them located all over the city. They represent the wealth and splendour of local industrialists who built their fortunes in Lodz. Today, these residences are seats of public administration bodies, museums and other institutions.


Another feature of Lodz is the abundance of murals decorating various parts of the city. These large format artworks are the expression of the artistic nature of Lodz, highlighting its original urban character.

The most recognizable symbol of Lodz is the busy and vibrant Piotrkowska street. Restaurants, cafés and hotels are located along the street, which is lined with historic tenement houses of unique architectural design. The place is considered the centre of Lodz entertainment and cultural life.
Former manufacturing plants have regained their splendour and are now considered unique monuments of the history of Lodz. The most recognizable ones are: Manufaktura, the EC1 power plant, Izrael Poznański's Palace and Ludwik Geyer's White Factory.

Lodz hosts numerous national and international cultural and entertainment events. These are mostly regular events held within the area of Lodz. A wide range of festivals and cultural events, usually accompanied with exhibitions, meetings, debates, concerts, screenings and a variety of other events contributes to a multidisciplinary image of Lodz as a “City of festivals”.

One of the biggest events is Festival of Kinetic Art of Light – Light Move Festival which is the greatest festival of lights in Poland, planned to be the largest presentation of multimedia art in Poland. It has been conceived as an unusual, periodic event aimed at promoting the cultural and creative potential of the City of Lodz.


More information about Lodz can be found in the guides "Lodz fot the weekend", "Tourist attractions" and on the uml.lodz.pl/en/ website.

A guide for foreigners 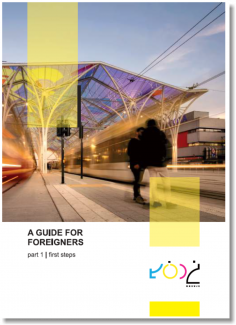 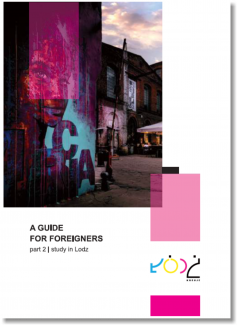 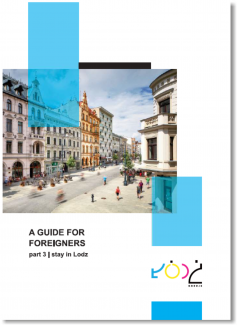