The inauguration of the academic year 2021/22 for students of the International Faculty of Engineering took place on 1 October 2021 in the new building of the Faculty of Chemistry of Lodz University of Technology. Special guests honoured it with their presence. 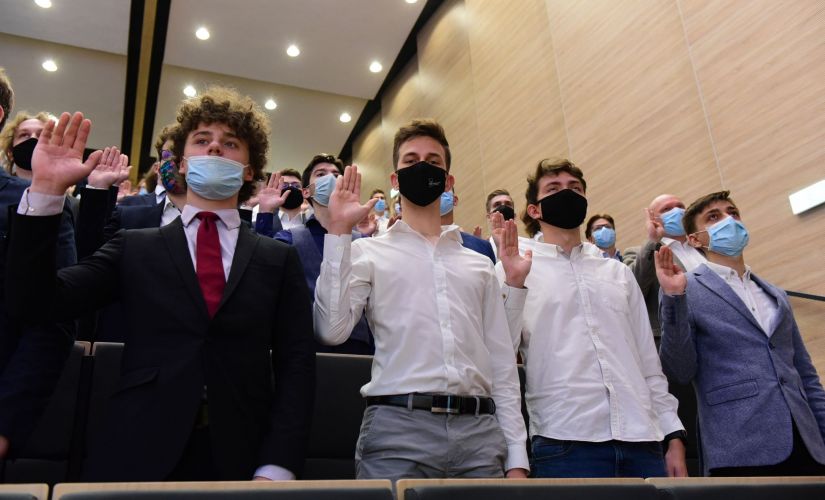 As always at IFE, the commencement of the academic year is not only the most important point of the agenda, i.e. matriculation of newly admitted students of whom over 300 have been admitted in the winter semester to both levels of education. It is also a solemn moment full of emotions.

During the ceremony which, by the courtesy of the Dean of the Faculty of Chemistry, Prof. Małgorzata Iwona Szynkowska-Jóźwik, took place in the newly renovated building "Alchemium - the magic of chemistry of tomorrow", the Rector of TUL, Prof. Krzysztof Jóźwik, together with the Director of the ICC, dr inż. Dorota Piotrowska, Professor of TUL, bid a heartfelt farewell to the founder and long-term director of IFE, Dr Tomasz Saryusz-Wolski, who was leaving the university. 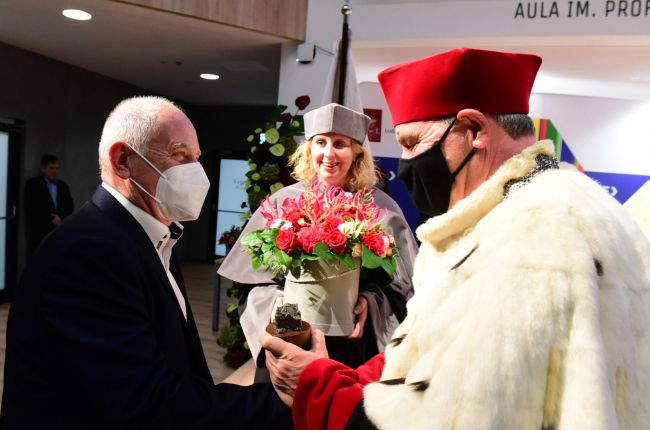 Dr Saryusz-Wolski received a commemorative medal with dedication, depicting the building of the former TUL Rector's Office at 6/8 Skorupki. His farewell was preceded by a memoir film about the history of establishing and developing IFE, which had been made almost 5 years ago on the occasion of the 25th anniversary of the International Faculty of Engineering.

Dr Saryusz-Wolski was not the only person to receive words of gratitude that evening. During the pandemic, many distinguished IFE lecturers had parted their ways with IFE or took a well-deserved retirement. In gratitude for their unquestionable, long-standing contribution and heart put into the creation of IFE, they received numbered graphics showing the combination of two IFE buildings - the present one at 36 Żwirki and the former one at Skorupki. Not all of the invited guests had the opportunity to receive their thanks in person. The ceremony was attended by dr inż. Piotr Górski from the Institute of Physics at TUL, dr inż. Ewa Marciniak- Professor of TUL - the long-standing Vice Dean at FTIMS for IFE and dr inż. hab. Jerzy Mrozowski from the Faculty of Mechanical Engineering at TUL. 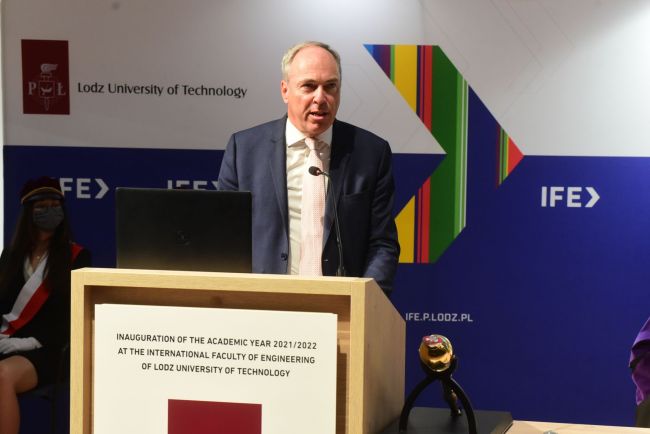 This year's inaugural lecture on the importance of European unity was delivered by the Ambassador of the Grand Duchy of Luxembourg in Poland, His Excellency Paul Schmit, who arrived especially for the ceremony.

During the inauguration, there was a traditional point of the agenda, which is the opening of the next edition of the French Academy of Young Engineers. This year, for the fifth time, students of  FAMI will attend a series of language classes and workshops that will be run using the Design Thinking method, which, in turn, will result in unconventional group projects on the subject of the city and the region. 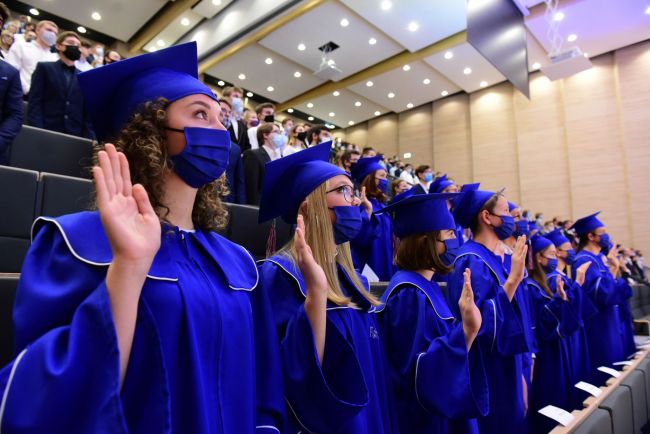 By the courtesy of the Multimedia Centre at TUL, this year the inauguration at IFE was broadcast live on the Internet. You can watch the broadcast on the Lodz University of Technology YouTube channel.