Spectacular opening ceremony of the EUG 2022

The European Universities Games opened with a ceremony that had all the elements worthy of a major sporting and academic event.
For the athletes, the greatest thrill and joy was walking across the tarmac of the Atlas Arena, for Rector Prof. Jóźwik it was a rain of confetti that fell on the stage when he cut the ribbon, symbolising with this act the opening of the Games, and for the others it was a wonderful music and film show. 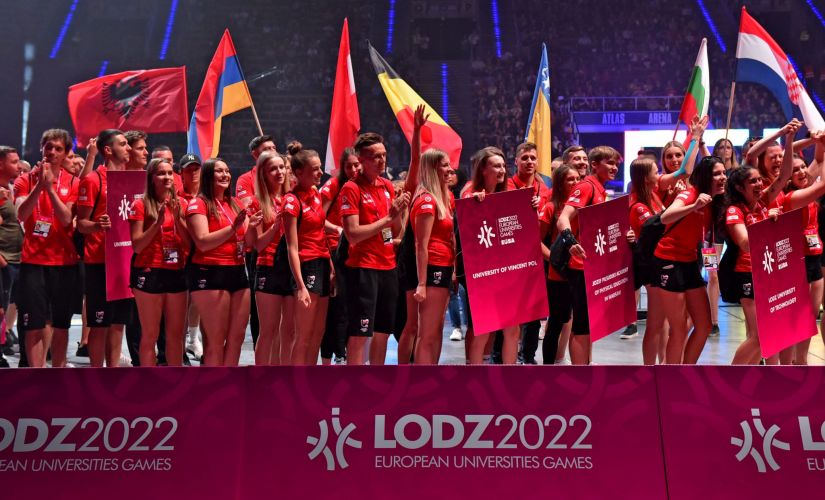 National teams from universities representing 40 European countries varied in number from a few to several hundred participants. Everyone, however, not just those who held the flags, exuded freshness and youthful enthusiasm. The countries appeared in alphabetical order, except for the most numerous - about 600 people - national team of 51 Polish universities, which closed the parade. As expected, a standing ovation was given to the representatives from Ukraine, who came to Łodź from a war-torn country and are hosted by Lodz University of Technology.

There were several speakers. The Rector of Lodz University of Technology made a speech. Prof. Krzysztof Jóźwik, thanked all those who have contributed to the organisation of the Games, and said

- It is a great feeling that the last years of work related to the preparations for the European Universities Games have led us to the point that we are all together here in Łódź and we can start a great competition. Addressing the athletes, he recalled the famous basketball player Michael Jordan - In one of his speeches, he stressed that he could accept his failure, but he would never accept that he did not try, so I congratulate you for being here. Above all, I wish you healthy and safe competition, competition that respects your opponents, competition that is fair play. I wish you success at these Games, but above all, success in your future sporting, professional and private lives.

Deputy President of Łódź Adam Pustelnik presented the city as a place of friendship, youth, sports and tolerance, and encouraged people to visit it, stressing - This city was built on the energy and enthusiasm of the people.

EUSA President Adam Roczek, addressing the students said, among other things - You are at the centre of the Games, an equal opportunity competition. Compete fairly, be champions on and off the pitch. Enjoy this time.

The athletes who came to Łódź were also warmly welcomed by the President of the Academic Sports Association, Prof. Alojzy Nowak, who wished everyone a good time in the coming two weeks.

The letter of Prime Minister of the Republic of Poland Mateusz Morawiecki was read out by Deputy Voivode Karol Młynarczyk.  There were wishes for success and joy, the spirit of sport in an atmosphere of fair play and the pursuit of excellence in friendly competition.

Opening of the Games

It was a symbolic moment. Rector Prof. Krzysztof Jóźwik, cutting the ribbon, declared the 5th European Universities Games open, while launching a fountain of confetti that fell on the stage.  On behalf of the entire student-athlete community, the oath was taken by Marcel Wągrowski, a swimmer representing Lodz University of Technology, and on behalf of the 470 referees by Ms Larisa Eleni Avramidou. 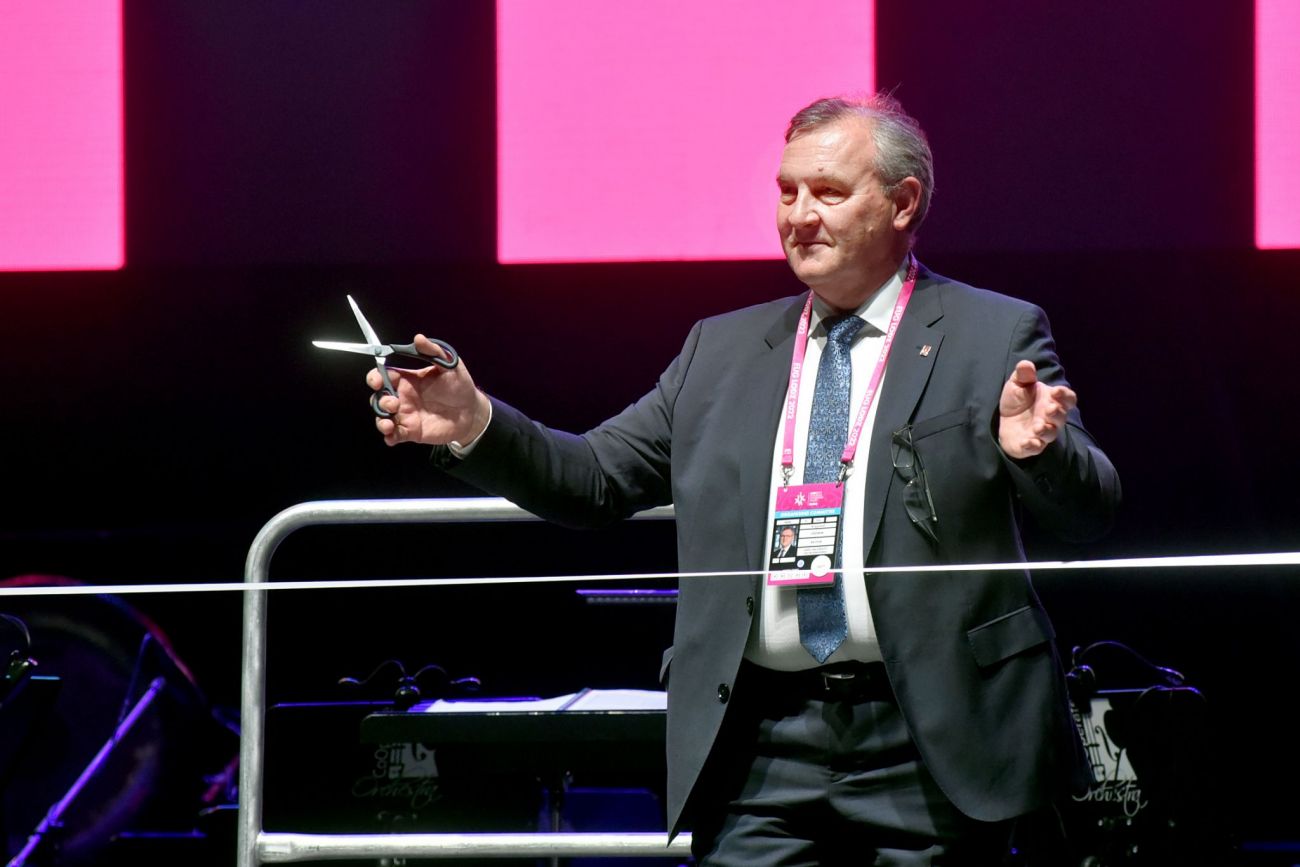 The EUSA flag was brought in and flown by the volunteers, who had previously been congratulated for their excellent work without which such a great event could not have taken place.
This part ended with a performance of the Academic Choir of TUL which sang the EUSA anthem, Gaudeamus Igitur.

After the official part, the several thousand people present in the Atlas Arena watched a wonderful musical show. Performances were given by the CoOperate Orchestra conducted by Adam Domurat, the Academic Choir of the Adam Mickiewicz University in Poznań and soloists: Beata Bielska, Krzysztof Iwaneczko and Daniel Moszczyński.

The concert was divided into parts in each of which the music and accompanying images referred to the main pillars of the EUG 2022, i.e. nature (a journey through Poland's most beautiful places), youth (Łódź as an academic city), the beauty of technology (innovation and creativity) and the beauty of sport.