The competition for donor-funded academic performance scholarships from the Bronowicki Family Scholarship fund for Lodz University of Technology students has been concluded. 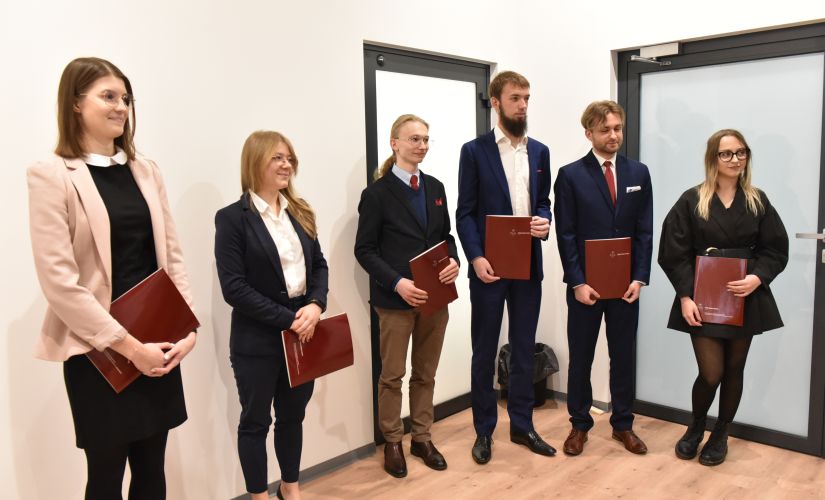 Eligible to enter the competition for this exceptional award were students pursuing postgraduate degree programs at Lodz University of Technology who have also completed their first degree at the University. The scholarship grants, ranging from 3,000 USD to more than 6,000 USD, were awarded for outstanding academic performance and research output - publications, inventions, research projects.

The scholarship is funded by Allen Bronowicki, PhD, a son of a Polish cavalryman during the Second World War. Born in Australia, he now resides in the United States. He received his Ph.D. in Engineering from the University of California. He went on to work in the aerospace sector. Among his professional achievements is the design of the entire vibration control systems for the James Webb Space Telescope. He holds more than a dozen US patents. On retiring, he decided to donate part of his estate to set up a scholarship fund for Polish students. He chose Łódź because this is where his father's sister, whom he used to visit, lived.

The scholarship grants, the total value of which was 25,000 US dollars, were awarded based on the results of a two-stage competition. The first stage was organized and conducted by the respective deans of the TUL faculties. The second stage was decided by the Rector Committee for the TUL Own Scholarship Fund. The members of the Committee reviewed the performance and achievements of the preselected candidates and took decisions on the award of the scholarship. The competition was supervised by the Vice-Rector for Science, professor Łukasz Albrecht.

Congratulatory letters were presented to the awardees by Rector Krzysztof Jóźwik during the TUL Senate session.