COVID-19: Emergence of an adaptive mechanism in SARS-CoV-2 variants which enhances viral attachment

At a time when the question of a third dose of vaccine for all is on the table, research using advanced computer simulations and atomic force microscope has revealed more stable—and therefore more difficult to break—bindings of SARS-CoV-2 variants to receptors in our cells. Combined with the loss of affinity of some antibodies for variant spike proteins, these results beg the question of adapting the vaccine to the variants rather than administering a third dose of existing vaccines. 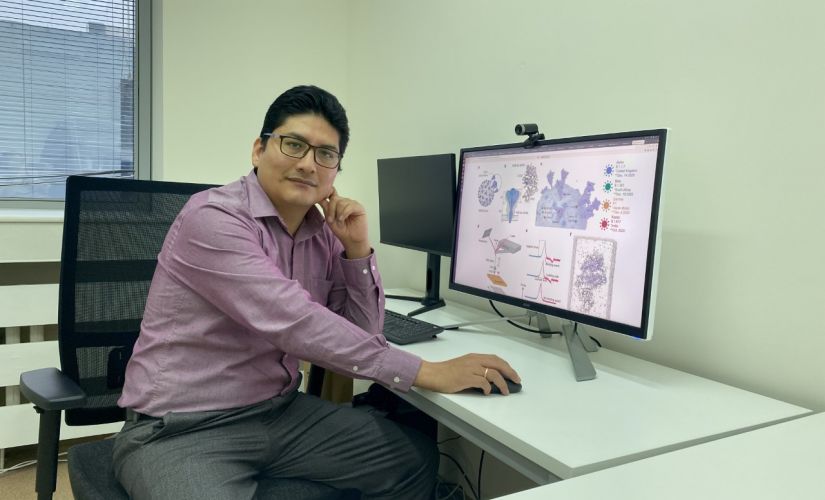 The variants, notably the Kappa variant, a close cousin of Delta, adopt a new strategy to bind more effectively to the cells they want to invade. Rather than increasing the strength of their binding to a specific location on our ACE2 receptors—the coronavirus’s main entry point into our cells—they optimize bindings in different hotspots over a larger area. As a result, the “overall” bond of the variant to cells is more stable. From an evolutionary point of view, this is a strategy that makes sense since these viruses are subject to numerous fluxes at the level of the respiratory epithelium, the tissue that covers the surface of the respiratory tract.

From Alpha to emergence of new VoCs: from snap fastener to Velcro

It’s almost as if the original SARS-CoV-2 strain binds to our cells with a snap fastener (polish: Napa) while the variants have opted for a Velcro system (polish: rzep) whose each tiny binding isn’t as strong as the snap fastener but whose tiny bindings collectively create a very stable interaction between the variants and our cells. We worked with different variants including Kappa, which, at the time of the trials for this research, was the new variant from India. We can assume that the Delta variant behaves in a very similar way. In collaboration with NanoBiophysics Lab were tested in vitro the affinity and binding of the two types of antibody produced when exposed to the original virus strain or a vaccine. Of these two antibodies, one was still able to block the Kappa variant’s spike protein from binding to the ACE2 receptor, while the other had no effect it.

This research has made it possible to visualise and measure in concrete terms how mutations change the interactions between the virus and our cells. It also introduces a question that doesn’t seem to be on the table at the moment: What about adapting vaccines to new variants? When vaccines, especially mRNA vaccines, were first introduced, pharmaceutical companies claimed that one of their great advantages was that they could be easily adapted to remain effective against new variants. A time frame of six weeks for a suitable vaccine was suggested. As the Delta variant has been circulating for several months and the recent emergence of Omicron a mandatory adaptation of the third dose of vaccine for all is supposed to be considered in the nearest future.

To learn more about author’s research: