Internationalization in times of pandemic and war

I talk to the Rector of Lodz University of Technology, Professor Krzysztof Jóźwik, about the conference Foreign Students in Poland. It is always a place for important discussions about the internationalization of Polish universities. This year, the meeting was of exceptional importance, as it took place in a reality dominated by a pandemic and, above all, by the war in Ukraine. 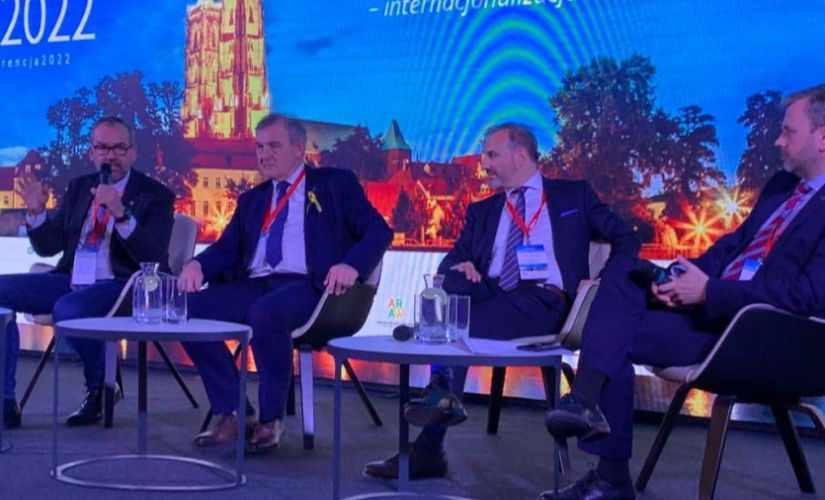 The conference, organized as part of the Study in Poland programme, was held for the 15th time. The Rector of TUL was among those taking part in panel discussions. Speakers were Rectors of the best Polish universities and representatives of units involved in internationalization.

When asked about the prospects for the presence of foreign students next year, the Rector replies:

It is difficult to predict at the moment. Universities from the "eastern wall" clearly observe a smaller number of candidates from the world, which means there is a concern due to the proximity of the conflict.

The last two years of studies have been dominated by online classes. As the Rector emphasized

- During the conference, it was said that there has been a lot of progress in the digitalization of education compared to the moment when universities had to rapidly move into the virtual world. Something that was quickly implemented at Lodz University of Technology, which was mentioned as a task for universities, is the development of methods for the verification of learning outcomes. So we have something to boast about and this is how our university was presented at the conference.

Pandemic is still a problem. The restrictions have been lifted, but this does not mean that the coronavirus has disappeared. What awaits universities in the future? Rector Professor Jóźwik answers

- One can ask a question - is remote education a total evil, or can it stay in certain situations? I have noticed, for example, that students in online classes are more confident in asking questions and this is probably a good thing. I think there are areas where remote learning can stay. This certainly does not apply to practical classes, which are essential for a future engineer. The virtual world also does not develop social competences, so important in the life.

During the conference, a lot was said about the idea of European universities, i.e. networks of universities from various countries. The Erasmus programme implemented by them means a completely different way of thinking about international cooperation and exchange. Lodz University of Technology has just become a member of the European University ECIU. How can we use this model to increase mobility?

Travelling and acquiring knowledge and skills at another university has many advantages, among them learning a foreign language, getting to know a different culture and learning tolerance. Currently, thinking about internationalization and the possibility to study in any place in the world, we are planning to base it on short-term mobility allowing you to gain micro-qualifications. A university which offers the possibility of independently shaping the path of acquiring knowledge and skills is a challenge which European universities must face. Distance learning methods will undoubtedly be useful in this process. A student who comes to us for four weeks will, in the meantime, be able to complete a course at another European university. We need to have dreams and visions of development.

During the conference, the Rectors also discussed students from Ukraine affected by the war. A lot of them apply to Lodz University of Technology, but as the Rector says:

We don't know how many will ultimately come to us. It's not that simple, because we can accept students for the continuation of their education, but they will study according to our programme. Will the home university recognize it? These people are also wondering whether to leave the country and their families. These are cruel dilemmas.