Nuclear power still raises many doubts, which is why the voice of experts is so important. Andrzej Gąsiorowski, M.Sc., a doctoral student at the Faculty of Chemistry, conducts research aimed at increasing safety of work with ionizing radiation. He is a graduate of Chemical Technology at TUL, he participated in NCN and NCBR projects. He is a scholarship holder of the Polish Society for Radiation Research. He took part in a training and internship trip to Spain in the field of nuclear energy, as well as in technical trips to the nuclear sector in France and Germany. 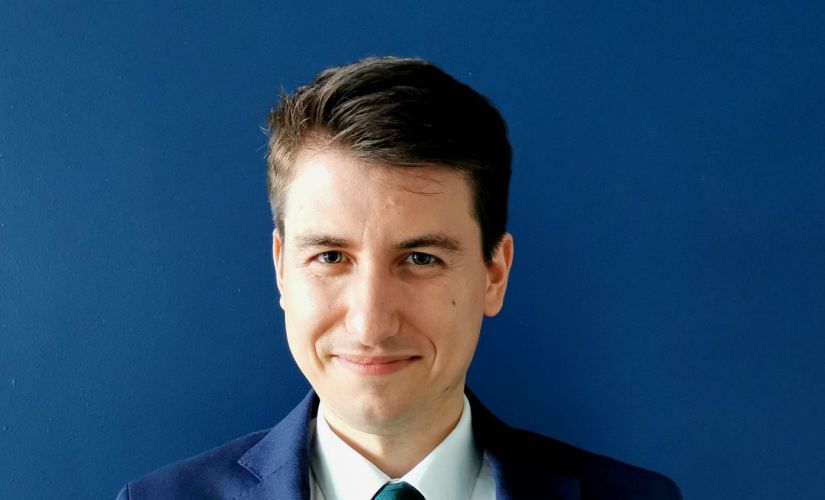 How many nuclear reactors and nuclear waste sites are there in the world?

There are currently over 440 nuclear reactors in operation which serve energy purposes. In addition, there are over 100 research reactors, reactors for military purposes and propulsion reactors (powering aircraft carriers, submarines and icebreakers). Interestingly, the nearest nuclear reactor is located in Otwock at the Institute of Nuclear Research, is of the research type and is named "Maria" in honour of Maria Skłodowska-Curie. In addition, some countries neighbouring Poland have power reactors (Slovakia: 4 + 2 under construction, Ukraine: 15, Belarus: 1 +1 under construction, Czech Republic: 6). At the moment, generation 3+ nuclear reactors are under construction worldwide (for example the EPR reactor in Flamanville, France). This new generation of reactors offers even greater safety and energy efficiency.

You are developing a chemical technology to improve the safety of nuclear power. What does it involve?

The aim of the research for my PhD thesis is to develop detectors based on phosphate glass which will make it possible to determine absorbed doses of ionising radiation in materials. This glass has chemical and mechanical resistance and is resistant to high radiation doses. In my work, I modify the composition of such glass - among other things, I add rare earth metals (e.g. terbium or dysprosium). I also work on optimal forms of dosimeters (polymer-glass composites, powders or tablets made of pure glass). I mainly use the phenomenon of thermoluminescence, which relies on the generation of light during the heating of samples that have been previously irradiated. The novelty of my research lies, inter alia, in the use of glass instead of crystals and its application in dosimetry of very high radiation doses occurring in nuclear reactors or radioactive waste sites.

Where, apart from the power plants mentioned, is this technology used?

Large (industrial) doses of radiation are used not only in the power industry, but also in the plastics processing industry (crosslinking of polymers), in the hygienization of spices, in research and conservation of historical monuments, as well as during the manufacturing and sterilization of biomedical materials (e.g. hydrogels or implants). In all these cases, the critical factor is the radiation dose absorbed by the material.

Is it possible to store nuclear waste safely? 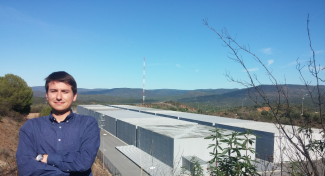 Yes, of course. We can divide them into low-, intermediate- and high-activity waste. Low and intermediate level waste is widely disposed of throughout the world in specially designed and monitored landfills. Containers and safety measures are designed in such a way that they are able to retain their barrier properties over a very long period of time (more than 300 years). As far as high-level waste sites are concerned, work is still in progress to find suitable storage sites and materials to protect them adequately. In industrial practice, the waste is encased in phosphate or borosilicate glass and then placed in special steel containers and cooled continuously.

TUL is contributing to the development of new materials for radioactive waste sites.

As part of the Gekon project, we have developed techniques for producing sulfur concrete, in which we have confirmed high resistance to high doses of radiation and resistance to leaching of radioactive isotopes from them. Among other things, we have obtained a patent entitled: "Method of securing radioactive waste, especially those containing isotopes of caesium, strontium, cobalt and their analogues, actinides and lanthanides".

What apparatus do you use to carry out your research? 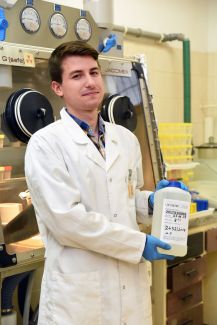 In my work, I mainly use highly active sources of ionising radiation available at the Interdepartmental Institute of Radiation Technology. Particularly noteworthy are the linear electron accelerator and the radiation chamber having cobalt sources. These two radioactive sources allow me to obtain radiation doses that may occur during the operation of a nuclear power plant or during long-term storage of high-level radioactive waste. I also use a chamber for working with open radioactive sources, high-temperature glass fusion furnaces, as well as solid-state and scintillation detectors for radioactivity research. Our university owns a number of highly specialised research facilities, and their number is constantly growing.

What nuclear myths are worth dispelling?

Unfortunately, there are many of these. For example, a material becomes radioactive itself after being irradiated - this is, of course, impossible, the material that has been irradiated is one hundred per cent safe and is not radioactive in itself. In addition, a large group of people do not realise that there are many natural radioactive sources around us, in building materials, soil and water. Each of us absorbs a certain amount of radiation every year, and this also comes from outer space. I believe that the only way to conduct a balanced discussion of nuclear power is through continuous education of the public.

Let us not forget that we need ionising radiation. From the very beginning, radiation techniques were intended to improve and save health and life. Today, we cannot imagine research without X-rays, mammography and the whole field of nuclear medicine. Radiation also makes it possible to produce more and more sophisticated implants which allow better life for patients after injuries.

You will enter the history of the Rector awards as the first best-published PhD student in 2020. How do you feel about this award?

This is a great honour for me. I am extremely pleased that my research work has been appreciated by the university authorities. Of course, all these publications would not have been possible without the support of the authorities of the Faculty of Chemistry, the management of the Interdepartmental Institute of Radiation Technology, as well as the support of my research team. To date, a total of 8 papers of my authorship or co-authorship have been published. I am particularly proud of the fact that my publications have been published in respected foreign scientific journals such as the Journal of Alloys and Compounds and the Journal of Hazardous Materials. 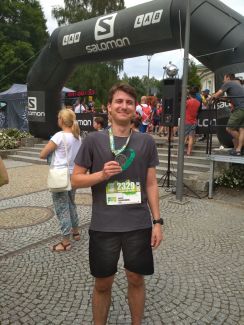 Why should one be a scientist?