A team of scientists from Lodz University of Technology, Medical Universities in Lodz and Lublin and the CBMiM PAN in Lodz designed, synthesized and thoroughly investigated the physicochemical and biological properties of two new compounds with potential anticancer effects.

Written by Agnieszka Czylkowska, Institute of General and Ecological Chemistry 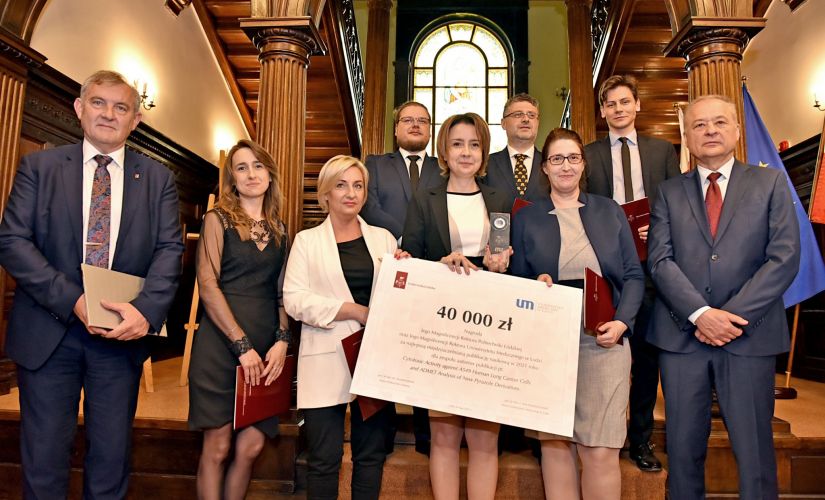 The obtained compounds are derivatives of pyrazole, which in itself has valuable biological properties and is widely used in the drug production process.

Scientific research in the field of medical chemistry is described in Cytotoxic owanetivity against A549 Human Lung Cancer Cells and ADMET Analysis of New Pyrazole Derivatives, published in the International Journal of Molecular Sciences (Impact Factor: 5,92).

The synthesized compounds were obtained in a crystalline form. Thanks to the use of X-ray structure, their spatial structures were known. The spectroscopic techniques used - nuclear magnetic resonance spectroscopy and infrared spectroscopy - confirmed the purity of the compounds in their entire volume. Thermogravimetric analysis allowed to determine their thermal stability and solid intermediate products of decomposition.

The last stage of the work consisted of laboratory tests of biological activity, as well as work using elements of molecular modelling to predict the biological properties of the obtained derivatives (ADMET analysis from Absorption, Distribution, Metabolism, Excretion and Toxicity - i.e. determination of parameters related to absorption, distribution, metabolism, secretion and toxicity for new substances with pharmacological effects.).

Studies on A549 cell lines (human non-small cell lung cancer) confirmed the biological activity of both combinations and a very good cytostatic effect of the compound on neoplastic cells of the lung cancer.

The performed tests and analyses allowed to classify the compounds obtained as substances that, after further research, have a chance of their use in medicine. The research results pay particular attention to the potential and possibilities of pyrazole derivatives in modern medical chemistry and medicine.