The authorities of Lodz University of Technology invite everyone to two ceremonies important for the academic community. On Friday, 17 September, at 10 a.m. there will be the official opening of the new building of the Faculty of Chemistry, Alchemium - the magic of the chemistry of tomorrow, and the main hall of this building will be named after Professor Tadeusz Paryjczak. At 12.00 p.m. a ceremonial meeting of the TUL Senate will begin, during which Professor Klaus Müllen will receive an honorary doctorate. 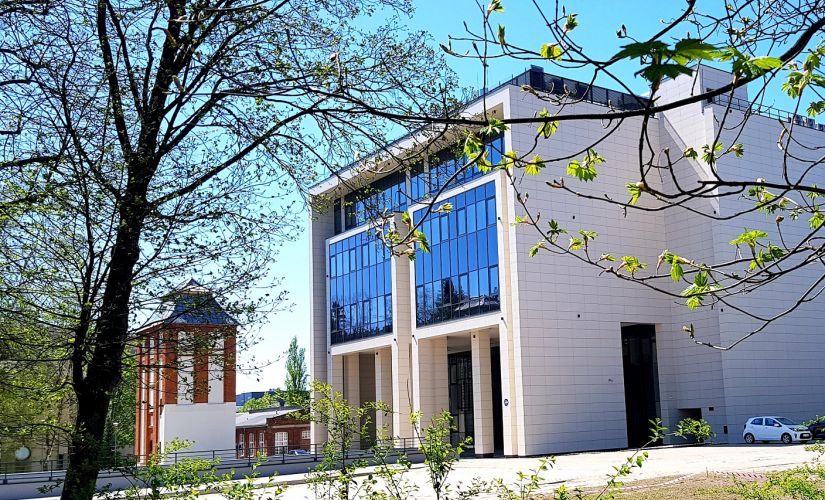 It will be a special celebration for the whole community of Lodz University of Technology. The completion of the first stage of the new Faculty of Chemistry building has long been awaited by students and employees.

Each such ceremony is a confirmation of long-term development, carried out according to a certain vision and bold plans. The Alchemium building perfectly fits into the unique campus of Lodz University of Technology where the post-industrial factory architecture is combined with modern solutions. We watched the first stage building rise before our eyes, and now I'm glad to invite you to visit the interior of the conference, didactic and administrative part. This stage of the project cost PLN 65 million.

The modern building has an assembly hall with a capacity of 500 people, where the most important university ceremonies will be held, and accommodates the seat of the authorities of the Faculty of Chemistry as well as employee offices. At the moment a tender is being held for the second stage of the project, i.e. the construction and equipment of laboratories and teaching rooms. The completion is scheduled for 2024.

The second important event on that day will be a ceremonial meeting of the Senate of the Lodz University of Technology on the occasion of granting the honoris causa doctorate to Professor Klaus Müllen.

It is a great honour for me to act as a supervisor during the ceremony of awarding an honorary doctorate to such a distinguished scientist. My satisfaction is even greater because the Department of Molecular Physics at the Faculty of Chemistry, which I chair, has been working closely with Prof. Müllen and his team for over twenty years. The scientific benefits we have derived from this collaboration cannot be overestimated, as it has also been extremely advantageous to our students and postdocs, who have been going regularly for many years on internships at the Max Planck Institute for Polymer Research in Mainz. The Institute is widely recognized as one of the world's best centers for research on macromolecular materials. It is worth mentioning that we have been cooperating with the Mainz Institute almost since its foundation in 1984, and its co-founder, Professor Gerhard Wegner, was awarded an honorary doctorate by the Lodz University of Technology in 2005.

The ceremony will be streamed on the university website.