The Rector and the Senate of Lodz University of Technology would like to invite everyone to the ceremony of the 77th jubilee of the university, which will be held on 24 May (Tuesday) in the Tadeusz Paryjczak lecture hall in the Alchemium building (114 Żeromskiego Street).4). 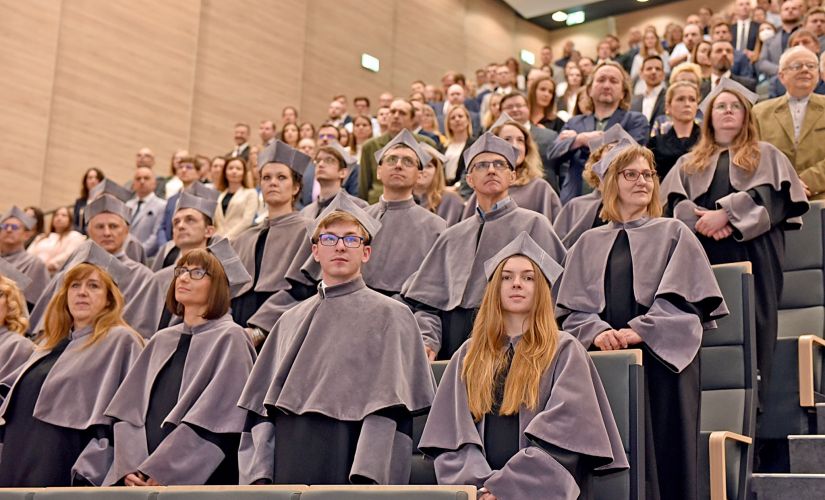 The jubilee ceremony will be an opportunity to hear a speech by the Rector of TUL, Professor Krzysztof Jóźwik, concerning the achievements of scientists and students for the last academic year as well as the prospects and plans for the development of the university in the near future.

At the end of the meeting, we will connect with Mr. Marius Martinez, president of The European Consortium of Innovative Universities (ECIU), the organization which Lodz University of Technology joined this year, as the only university in Poland. The speech will be entitled ECIU Univeristy: Building Together the Fur of Higher Education in Europe.

The ceremony will be graced by the performance of the Academic Choir of TUL, conducted by Mariusz Lewy The TUL Choir celebrates its 70th anniversary this year.