Food and nutrition technology is a very broad field, and research results improve the quality of life of all consumers. Dr Antolak, from the Faculty of Biotechnology and Food Sciences, specialises in the use of microorganisms in the production of fermented soft drinks. He also conducts research aimed at preventing their microbiological contamination. He is a holder of a scientific award of the Division IV of Technical Sciences of the Polish Academy of Sciences for his doctoral dissertation "Bacteria Asaia spp. as a new contaminant of functional beverages" and 8 papers thematically related to this dissertation. 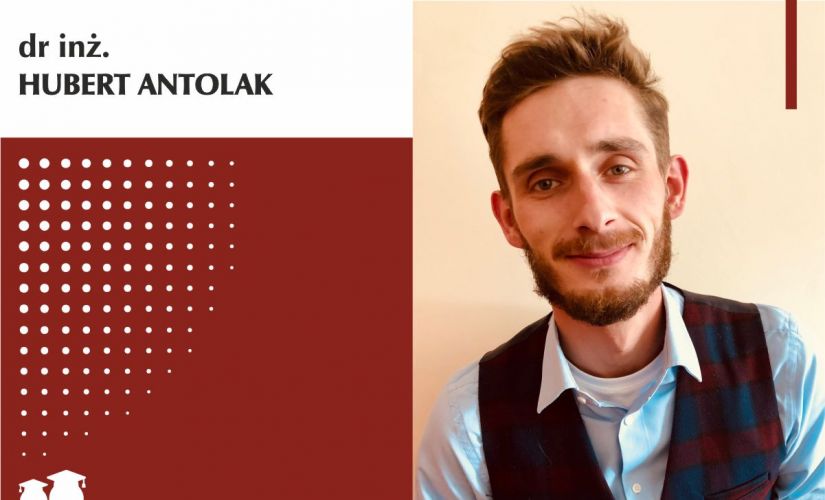 You work in one of the few scientific units in the world working on Asaia spp. What is their unique nature, since only a few research centres deal with them? 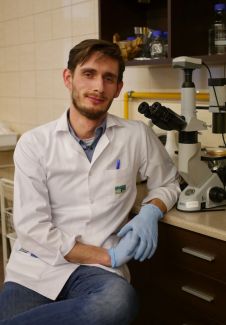 These bacteria belong to the relatively large Acetobacteraceae family, i.e. acetic acid bacteria commonly found on plant material, flowers and fruits, and have been used for centuries to produce vinegars or fermented soft drinks (kombucha). In contrast, Asaia spp. bacteria, despite belonging to this family, are not used for these technological processes. They are mainly isolated from flowers and insects found in tropical climates. Foreign entities are conducting research into the use of Asaia spp. as biological control agents for malaria. In Europe, on the other hand, the bacteria are mainly found as a contaminant in functional soft drinks, in the production of which they have found their way along with imported fruit concentrates. I have the impression that the uniqueness of these bacteria is related to their scientific 'freshness', since this genus was first described in 2000. In addition, they differ significantly from the classical representatives of their family, and are characterised by their ability to adapt to different environments: flowers, insects, soft drinks. Cases of isolation of these bacteria from the blood of hospitalised patients have also been described. It seems to me that the subject of Asaia spp. bacteria is still an open book, which will be gradually supplemented with new interesting chapters.

You have implemented the PRELUDIUM project. It resulted in an acknowledged doctoral thesis. What did you focus on in your research?

The main objective of the project was to determine the effect of the growth environment on strains isolated from contaminated functional beverages. In other words, I wanted to find out if and how beverage ingredients (glucose, fructose, sucrose, fruit concentrates) affect Asaia spp. I was able to determine which colour compounds are produced by Asaia lannensis and Asaia bogorensis strains. How the growth environment affects the volatile compounds, responsible for the sensory qualities of the products, produced by these bacteria. What parameters influence the ability to form biofilms, and what plant extracts and fruit juices are natural strategies to limit the growth of these microorganisms. In addition, the strain, which was characterised by unique profiles of volatile and colourful compounds, was subjected to genetic analysis - further research in this area is still in progress.

How serious a problem is contamination of drinks by Asaia bacteria?

It is a multi-dimensional problem. First, these bacteria contaminate final products, in which visual and sensory changes occur with growth - the appearance of sediment, colour and odour changes. On the other hand, they inhabit production lines, where they form biofilms - adhered clusters of cells which, when torn off, enter the products. The result is an economic loss for companies, but what is worse is that we do not know how these bacteria affect human health when ingested.

Which ingredients in commercially available drinks are valuable and which are better avoided?

Drink formulas are very complex compositions. The choice of products, and therefore the variety of ingredients, is staggering - but not always in a positive sense. A large proportion of beverages contain broadly defined sweeteners, which affect weight gain and can increase the risk of developing type 2 diabetes. A wide range of products contain bioactive substances such as caffeine, which can affect the health of the youngest consumers by affecting the nervous and circulatory systems. Another group of additives are preservatives (benzoates, sorbates), which are attributed with adverse effects in the form of food allergies. I think that the most important thing in choosing a product is to be guided by the information on the label and by the less is more principle. The shorter the list of ingredients on the label and the more natural the ingredients, the better.

For me, it is a combination of knowledge, skills and imagination, which often plays a key role because it is thanks to them that new ideas, research, prototypes and products are created. Scientists change the world, sometimes globally, in a more spectacular way, sometimes regionally, quietly and less visibly.