In a laboratory room she feels like a child in a toy shop. Being passionate about physics, she is now pursuing her doctoral degree at the Interdisciplinary Doctoral School ISD. She is part of a research group led by Prof. Tomasz Czyszanowski, where she deals with VCSEL lasers widely applied in medicine or electronics, for example. Weronika Głowadzka has connections with the Institute of Physics at Lodz University of Technology and has been gaining international experience during internships and visits at European universities. Her aim is to create a future technology that would be used to quickly analyze the blood of patients or the air that they breathe. 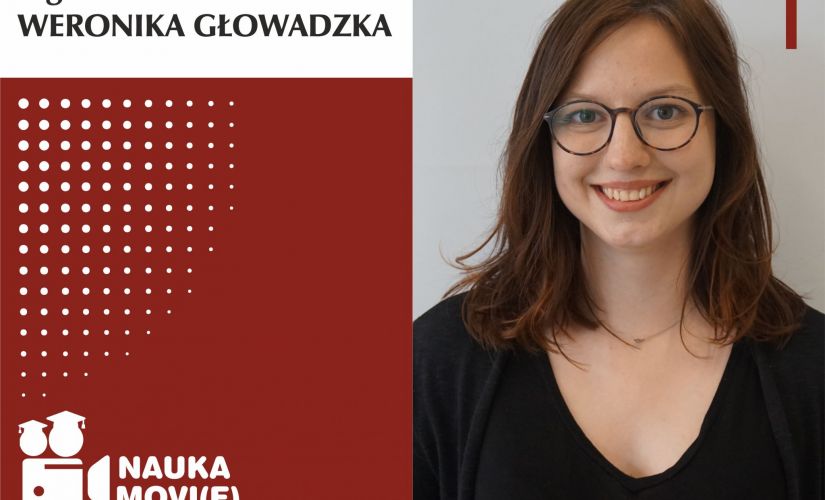 What do VCSEL lasers look like and how do they differ from other lasers? Where are they used?

In a nutshell, VCSEL (Vertical Cavity Surface Emitting Laser) lasers are steroid-powered LEDs. They have a size similar to classic LEDs, but their design is a bit more sophisticated. There are two mirrors – one of them reflects all the light and the other one is a little permeable (if it wasn’t like that, there no light would be emitted at all). There is an active area in the latter where light is reinforced. The type of mirrors used in VCSEL lasers are Bragg’s mirrors. 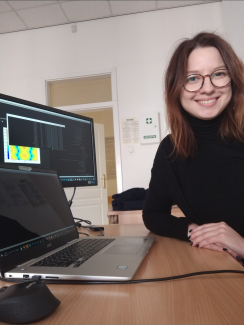 Thanks to their unique features, we can find them almost everywhere – when we scan products at a supermarket, play CDs/DVDs, use a laser printer, an optical mouse, or the Face ID function to unlock our iPhone’s screen. VCSEL lasers are applied to send information in optical fiber networks and in autonomous cars that utilize the LIDAR technology to recognize their surroundings. They can also have some less typical applications – a year ago, Elon Musk’s company patented a device that is intended to… kill flies and other insects approaching the windscreen of a speeding car. According to information on the patent, the killer component is a VCSEL laser.

You are also interested in subwavelength gratings – what are they? Where can they be used?

On a macro scale, we can imagine a subwavelength grating as chocolate wafers suspended in air, located at equal distances from one another. If we wanted to make use of its unique properties and assumed that these wafers extend into the infinity and the width of one wafer including the air gap is 1 cm, we would have to send an electromagnetic wave with the length of slightly less than 1 cm towards them, i.e. a wave with the frequency of about a GHz, so already a UHF wave.

Let us now imagine that these wafers are made of glass and they a million times smaller. When such a structure (glass strips) is suspended in air and a light beam is sent towards it (e.g. from a laser pointer) at an appropriate angle, we can observe that the light beam is refracted and reflected multiple times inside the glass strips, making the light beam “travel” inside the grating. We can make such experimental observations by directing light from a laser pointer onto a bottle of water.

Such an effect in physics is called waveguiding (a wave, i.e. light, is guided). Combined with the phenomenon of diffraction (the bending of waves) that we observe when we direct laser light onto the glass strips from the top, it results in a completely new phenomenon called Fano resonance thanks to which subwavelength gratings (the glass strips) gain their unique properties. Surely, here one might wonder how glass could be suspended in air and, well, this is quite a substantial problem, but my research results indicate that we do not have to suspend anything in air, but place our grating onto a stable surface.

The unique properties of subwavelength gratings characterized by a high refraction coefficient contrast were presented already in the year 2004 when it was proven that a very small structure (1/10 the size of a VCSEL laser) can serve as an ideal mirror or permeate light completely. Different ideas on how to make use of these features have already been presented in the literature – e.g. to examine blood glucose levels, disease markers, or the number of IgG antibodies that is frequently determined nowadays in order to check whether a human body produces such antibodies (and what number), having overcome COVID-19 (or after a COVID-19 vaccination).

You are conducting your research as part of Prof. Tomasz Czyszanowski’s team. What are you currently working on? 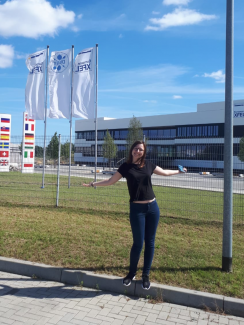 I am engaged in three projects. The first one is my PhD thesis entitled “Towards electrically pumped Fano lasers”, the aim of which is to create an electrically controlled subwavelength grating. The gratings that have been presented so far have only been controlled using light. The application of electrical control would be a milestone towards mass production and using these devices on a large scale. As far as the practical aspects of the problem are concerned, part of my research work is to examine the kinds of surfaces that the membrane could be placed on in order to achieve maximum light collection inside the structure (high goodness). The first results are very promising and I would like to produce a subwavelength laser, or sensor in the future.

Apart from that, among others, I am part of a project carried out in cooperation with VIGO Systems and Warsaw University of Technology. The aim of the researchers from Lodz University of Technology is to design the structure of VCSEL lasers emitting radiation for a set wavelength. The data is sent to VIGO where the actual laser is created. Then, measurement data obtained at VIGO allows us, here in Lodz, to draw conclusions from simulations as to which of the layers should be thinned/thickened in order to ideally suit the set wavelength and guarantee the best optical, electrical and thermal parameters at the same time. My role in this project is to design optical structures, i.e. calculate the thicknesses of the given layers in a laser, so that all the elements can work well together. Our biggest achievement so far is that we have created the first Polish VCSEL laser (it was written about in, e.g. “Forum Akademickie”) emitting radiation for 850 nm. I have also designed the structure of an atomic clock laser.

How did you become part of Prof. Czyszanowski’s team? 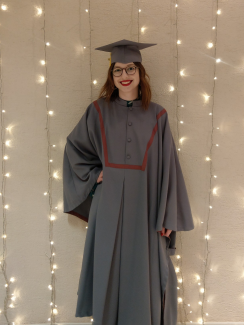 I got into medical physics during my first degree studies, mainly into using proton therapy in cancer treatment, but it was difficult for me to find a supervisor. However, I was also impressed by Prof. Czyszanowski’s passion for science and, under his supervision, I decided to focus on optoelectronics in my BSc thesis. I wrote and defended it, but that was not enough for me. I got really hooked on the topic and there were more questions than answers in my head. That is why I decided to stay in Lodz and complete my second degree studies, majoring in electronics. Now I was able to explore problems strictly connected with what I appeared to be really interested in. These problems were more of a practical nature, i.e. related to devices that we use every day and will use in the future. In the meantime, I went to Berlin to do an internship in the field of semiconductor lasers, where I spent three months in a lab, measuring different characteristics. It was then, I think, that I became absolutely sure that this is something I would like to do in the future. I loved working at the lab and when I was bored with monotonous measurements, I could sit down to code and further design structures for my MSc thesis. I knew that I wanted to develop in order to finally be able to create a working device that could be widely applied in the future in different fields.

In popular culture, a scientist is usually presented as an introverted madman with tangled hair and a coffee stain on his laboratory apron. 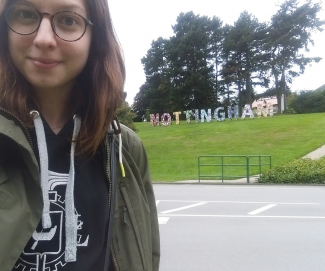 Even though sometimes, when the deadline is near, we may look like that, it is generally not true. Being a scientist is like becoming a detective who is trying to solve the problems of the world. As scientists, we can help others understand the world around us, or improve it by making something out of nothing (metaphorically, of course, as energy cannot be destroyed or created). The world of science is open to innovation, as well as getting to know new people and their interesting ideas. There is no place for routine or boredom here and that is why, I think, it is worth being a scientist.