The appearance of pathogenic nucleosides in mitochondrial RNA molecules can cause severe dysfunction of mitochondria, which are the energy centres of our cells. Their damage gives rise to symptoms of hypertension, type 2 diabetes and Leber hereditary neuropathy of the optic nerve (LHON). Researchers at the Faculty of Chemistry of Lodz University of Technology, under the direction of Assoc. Prof. Grazyna Leszczynska, are looking to identify the cause of these dysfunctions at the molecular level. 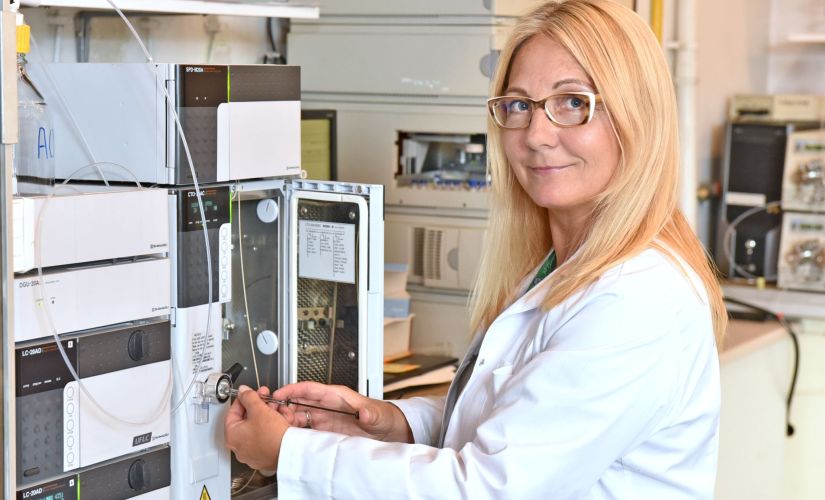 A research team from the Institute of Organic Chemistry at TUL, led by Prof Leszczyńska, has received funding of PLN 1,783,934 from the National Science Centre from the OPUS 22 programme to carry out the project: "Synthesis and structural/biophysical studies of model mRNA/mt-tRNA oligomers to determine the role of modified nucleosides (m5C, hm5C, f5C, ca5C, m1G) in translation and human diseases".

The project will be carried out in collaboration with the Institute of Bioorganic Chemistry of the Polish Academy of Sciences (PAN) in Poznań, where, under the supervision of Dr Witold Andrałojc, structural studies of modified RNA fragments will be carried out based on NMR techniques and molecular modelling. Strong support for the scientists from TUL is provided by cooperation with the laboratory of Prof. Tsutomu Suzuki from the University of Tokyo, where RNA binding tests to mitoribosomes will be performed.

We have planned to solve two complex scientific problems concerning the effect of modified nucleosides on the properties, structure and biological activity of mRNA and tRNA ribonucleic acids. Modifications introduced by nature into RNA molecules, play an extremely important role in cells, among others, determining efficient and precise protein biosynthesis. This allows the cell to function properly, as it has a sufficient amount of sequence-correct protein.

It is not surprising, therefore, that RNA defects associated with the absence of a given modification or the appearance of a new modification not planned by nature, cause protein synthesis disorders, cell dysfunction and - with a high intensity of such changes - also human diseases. We will address newly discovered dynamic modifications of mRNAs to elucidate their regulatory role in protein biosynthesis, both in healthy and cancer cells, where a different distribution of these modifications has been observed, as well as pathogenic modifications identified in the human, mitochondrial (mt) tRNAMet, resulting from the A4435→G mutation in mt-DNA.

Scientists working on the project are convinced that answering the question of how defective nucleosides alter the structure and properties of mitochondrial tRNAs will enable the discovery of new human therapeutics in the future, while understanding the mechanisms of modification metabolism in cancer cells will prove important for inhibiting carcinogenesis.