The youngest group of pre-school children has been attending the kindergarten for over a month now. Now is the time for the official opening and presentation of what the latest investment dedicated to the children of employees, students and doctoral candidates of Lodz University of Technology looks like. 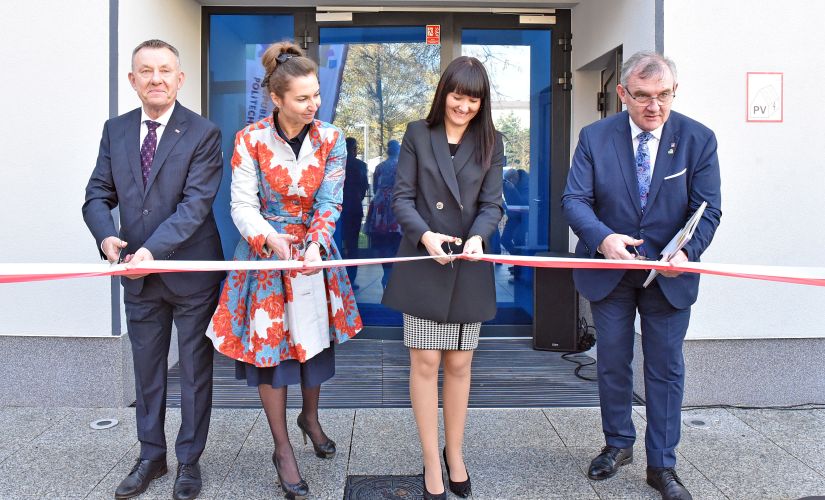 A large group of adult guests, invited (25.10) to the opening ceremony of the new facility, entered the premises of the TUL Kindergarten located on campus for the first time. The building at 179 Wólczańska Street, intended as a kindergarten, was renovated and extended to include a lift, staircase and second floor. The total area is 1,100 square metres. Everything is new and colourful.

The reason it is unique is that it was built in response to the needs raised by our academic community. When I ran for Rector in 2020, I pledged to create a kindergarten, so it is with great satisfaction today that I attend its grand opening. This is an important step towards sustainable development and completes the concept of Long-Life Learning. Lodz University of Technology is a university for generations, offering education for children, young people, students, young scientists and seniors.

This was emphasised by Rector Prof. Krzysztof Jóźwik when he opened the new facility. He also presented a gift of several boxes of Lego bricks.

The new kindergarten has five modern playrooms, a room for specialists, a physical education room and kitchen facilities. Each classroom has a separate bathroom, adapted to the needs of children. In order to develop independence and self-confidence, play areas have been created in accordance with the principles of Maria Montessori pedagogy. Children also have the opportunity to develop their technological interests through activities on interactive monitors.

The kindergarten can be attended by a hundred children between the ages of 2.5 and 6. Ultimately, there will be five groups with a maximum of 20 children. The kindergarten children can already use the playground, located next to the building. There will also be a garden next to it, where they will plant and grow vegetables, herbs and flowers. The cost of the modernization and renovation is more than PLN 7.5 million, of which nearly PLN 5 million comes from the National Fund for Environmental Protection and Water Management