Kajetan Duszyński and Mateusz Rzeźniczak are going to the Olympic Games (IO) in Tokyo. Both athletes successfully train athletics and study at Lodz University of Technology. 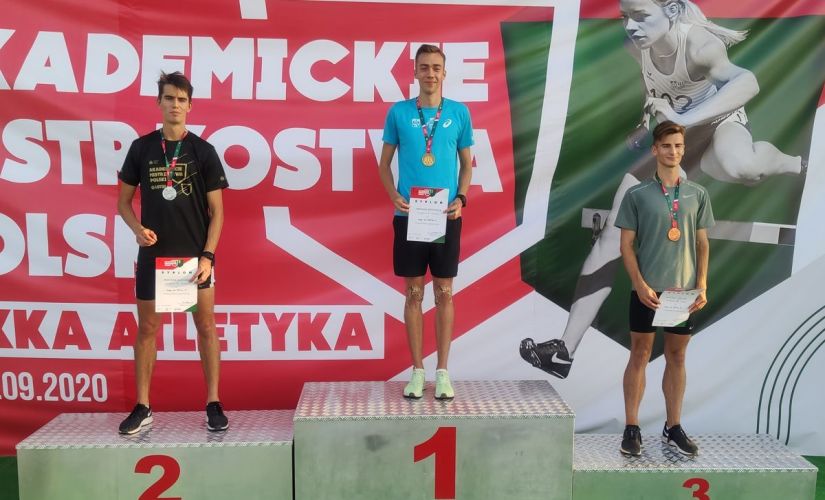 Kajetan Duszyński is a PhD student at the Interdisciplinary Doctoral School of Lodz University of Technology in the discipline of biotechnology. He trains at the Academic Sport Association in Łódź, under the supervision of the trainer Krzysztof Węglarski. His life record at 400 m is 45.51 seconds.

During the last meeting before the Olympic Games at the seat of the Academic Sports Association in Łódź, Kajetan Duszyński said:

Participation in the Olympic Games is a dream for every young athlete. It is always somewhere at the back of the head and it is even something to strive for subconsciously. You can find out how he combines studies at TUL with his passion from the film made as part of the series "Multiply the possibilities".


Mateusz Rzeźniczak is a third-year student of Occupational Safety Engineering at the Faculty of Process and Environmental Engineering. He trains in the RKS Łódź club under the supervision of Dominik Kopeć. His life record at 400 m is 46.10 seconds. The latest successes that contributed to the participation in the Olympics include: European team champion with the Polish national team, the Polish senior vice-champion in 400 m and the academic Polish runner-up in 400 m.

Mateusz says that athletics teaches him regularity and hard work, and that sport allows him to break his limits. His previous successes include: bronze medalist of the European Championship U20 in the 4x400 m relay (2017), finalist of the European Championship in the 4x400 m relay (2018), Polish runner-up in 400 m (2020), multiple medalist of the Polish Championships in the junior and youth category. He talks about his passion for sport and science at Lodz University of Technology in an interview in the series "Multiply the possibilities".